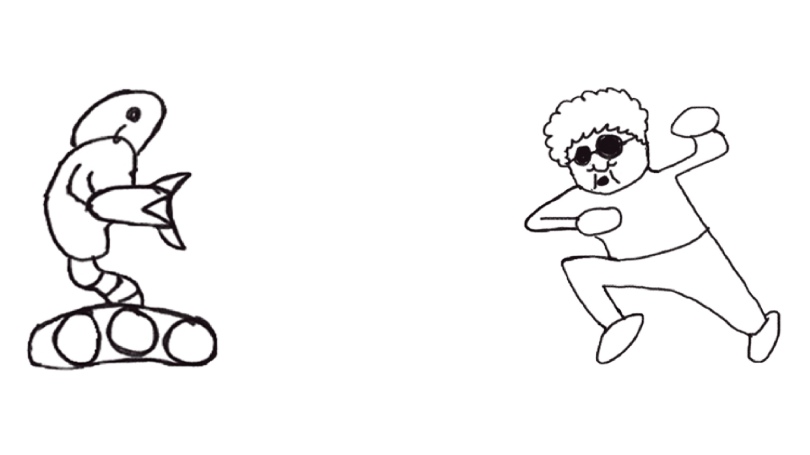 Action Grandma sits at home, cutting apples. Someone knocks on the door. She looks up.

Action Grandma answers the door to find a cat. It announces that its name is Vanderbilt and it needs the help of the Kung Fu Master — Action Grandma.

A killer automaton crashes through the roof. It declares that it will use maximum force to reclaim the cat. Dr. Memento requires it for companionship and further experimentation.

The automaton analyzes Action Grandma. It registers her as a Class-S threat with an unreadable power level. Cat cries out, “Their experiments are going to mutilate my soft, furry body!”

Action Grandma stands up, balling her fists in anger. Her brow furrowed, she says, “You’re going to pay for my roof in whatever it is that robots bleed.

The automaton attacks. Laser-cannon-mounted tentacles whip out of its back and open fire. Its arms turn into gatling guns and blast away.

Action Grandma centers herself, focusing her chi as she deftly weaves between the lasers and bullets.

She darts in close.

“Fruit punch!” she roars. The warrior punches the automaton’s head to a million exploding pieces.

Action Grandma throws the automaton through the hole in the roof made by the deadly android.

The automaton explodes harmlessly in the sky, illuminating all the damage done to the little, old lady’s house, which has bits of its lower walls blown away from the bullets and lasers.

“Can I stay with you for a while?” Vanderbilt asks in earnest. 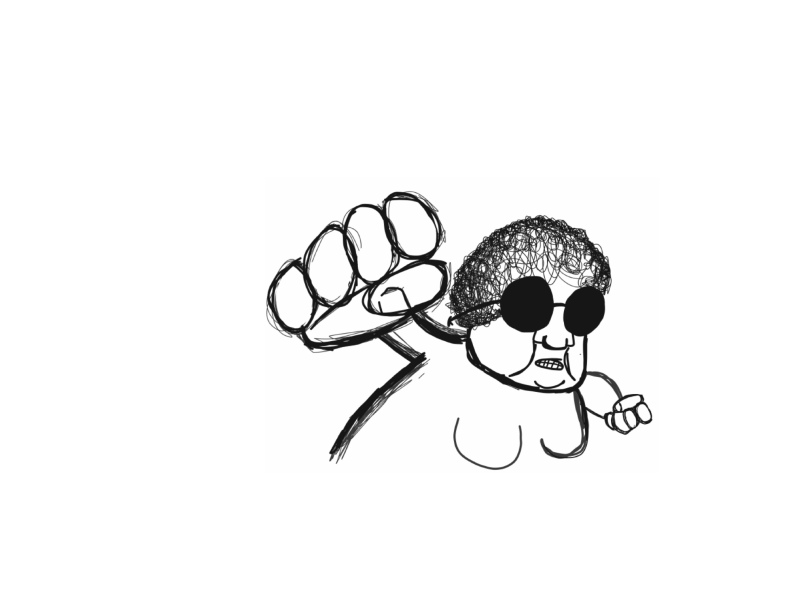 Action Grandma is a comic about an elderly Kung fu master’s misadventures. We’ll produce the scripts; you all can breathe life into them! Check out our submissions page for more details!